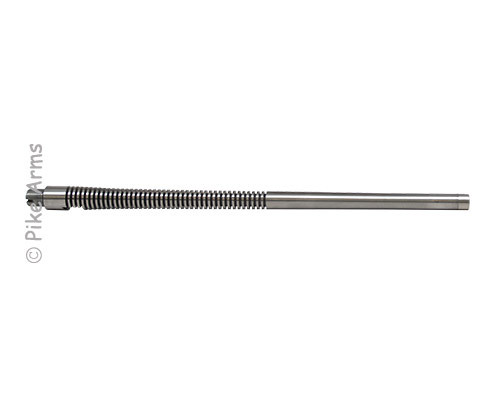 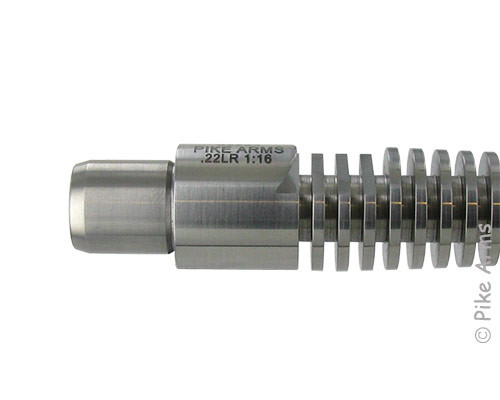 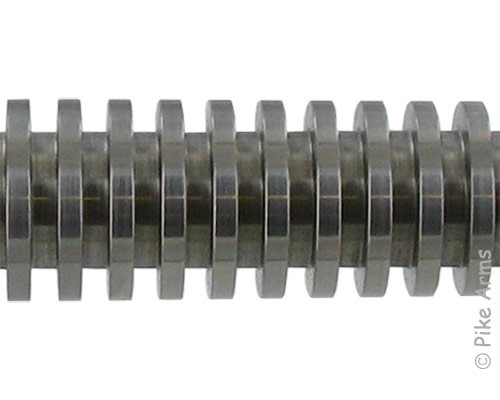 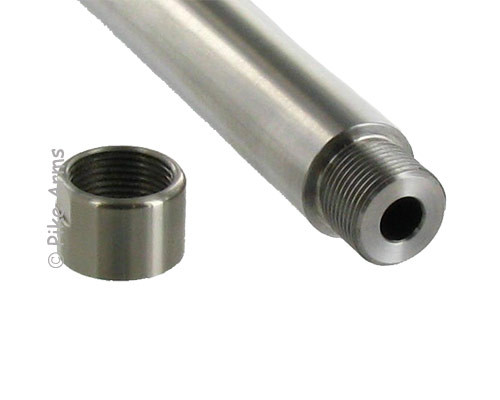 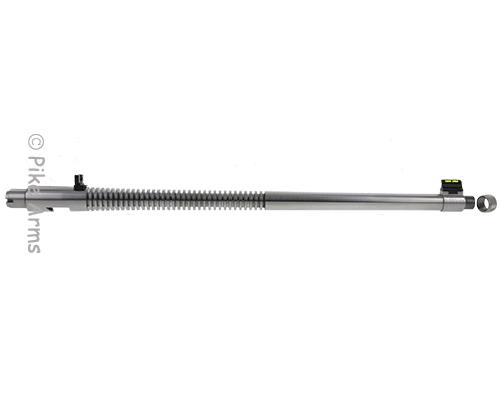 For the ultimate in appearance and performance, our STAINLESS STEEL 1:16 TWIST FINNED RUGER 10/22 BARREL is the perfect match to dress up your rifle. The barrel is professionally CNC machined to provide deep cooling grooves from the receiver to the barrel band for an appearance that is similar to a Thompson or a Reising machine gun. No other upgrade for your 10/22 looks as good and is as functional as this FINNED barrel. To make it even better, this factory taper replacement barrel is professionally CNC threaded 1/2x28 TPI (.400 length of thread) and comes WITH the thread protector.  The barrels are perfect for any 1/2x28 threaded suppressor or accessory.

The barrels are US Certified stainless steel and are polished stainless finish. The barrels are 1:16" twist, which is perfect for standard or high velocity ammo.    The barrels do not have any iron sights installed and are designed to be used with a receiver mounted scope or similar optics.  Installation is fast and easy with no modifications to your rifle.  Simply remove the stock, unscrew the 2 cap screws that hold the barrel in, remove your factory barrel and install this new one.

By Tony Of Wisconsin
This barrel is outstanding, no other words for it. It was shipped the same day I ordered it and arrived in 2 days. I also ordered a full cage A1 flash hider and it mounted with ease and looks like it belongs on the barrel. The machined fins significantly reduce the weight and add a one of a kind look.
16 people found this helpful. Was this review helpful to you?