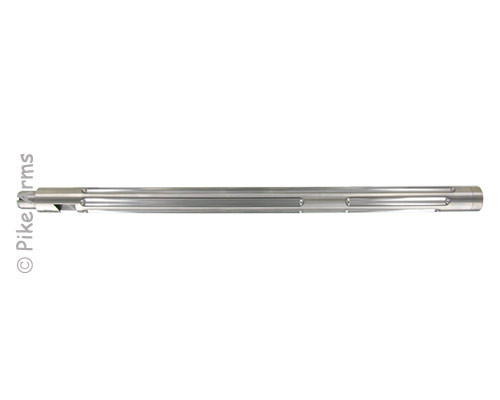 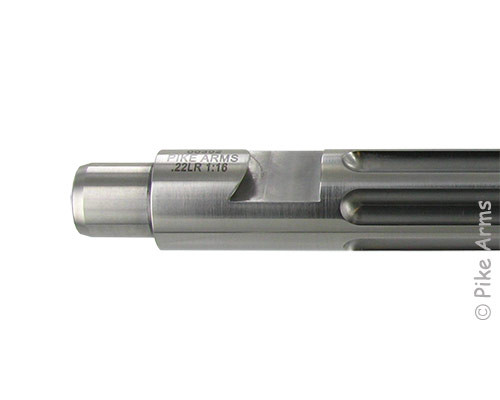 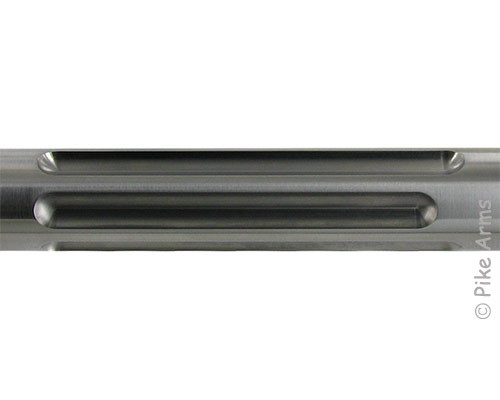 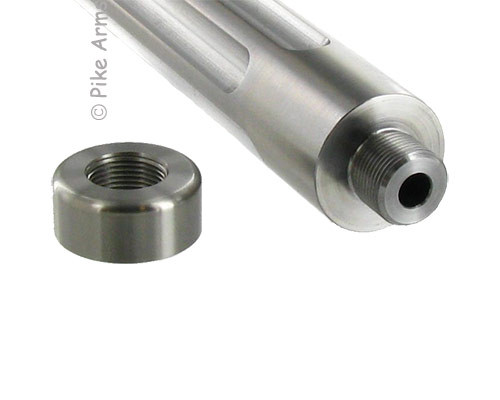 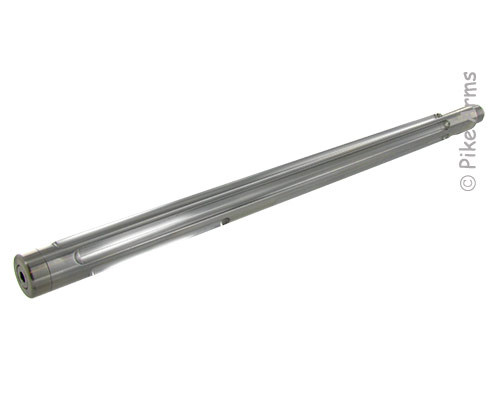 Rather than invest the time and expense to get your STAINLESS STEEL factory Ruger 10/22 heavy barrel threaded, and hope it gets done right, we have drop in replacement heavy barrels (.920) that are already professionally CNC threaded 1/2x28 TPI (.400 length of thread) and come WITH the thread protector, at a price that's just about what a one off threading job would cost you.  The barrels are perfect for any 1/2x28 threaded suppressor or accessory.

The barrels are US Certified STAINLESS STEEL and are polished stainless finish.   The barrels are 1:16" twist, which is perfect for standard or high velocity ammo.    The barrels do not have any iron sights installed and are designed to be used with a receiver mounted scope or similar optics.  Installation is fast and easy with no modifications to your rifle.  Simply remove the stock, unscrew the 2 cap screws that hold the barrel in, remove your factory barrel and install this new one.