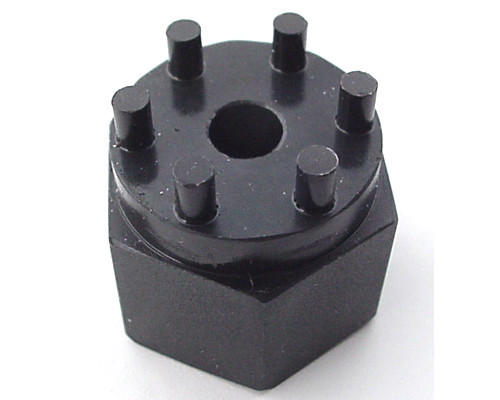 The six point drive tool is machined from solid 1" hex steel to perfectly fit the complimentary drilled holes in both the front and rear endcaps thus minimizing your chance of damaging the endcap during disassembly. Remember that you'll need TWO TOOLS to make the job easier (please click on the "Instructions" tab for complete disasembly and cleaning instructions). TAC Driver Tools are "must have" accessories for your .22LR TAC suppressor.

By Bryan Of Arkansas
ABSOLUTELY NECESSARY to be able to clean your suppressor! Take my word on this next part... Don't be a cheap @$$ and only buy 1 thinking you can make do with just one.... You will be in my shoes feeling like an idiot for not taking Tactical Inc's advice! You need *** 2 *** of these to get the job done!
7 people found this helpful. Was this review helpful to you?