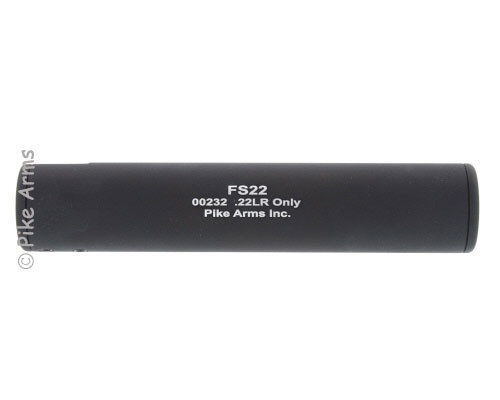 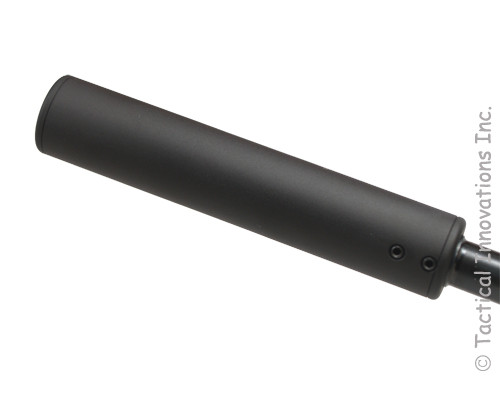 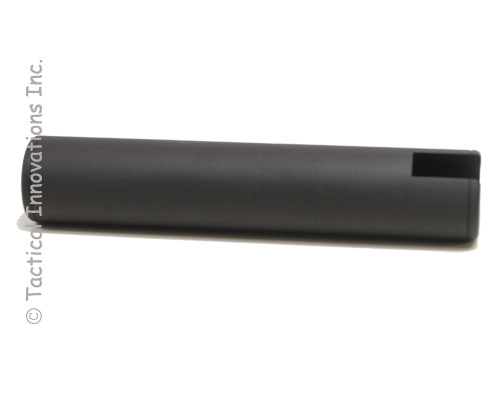 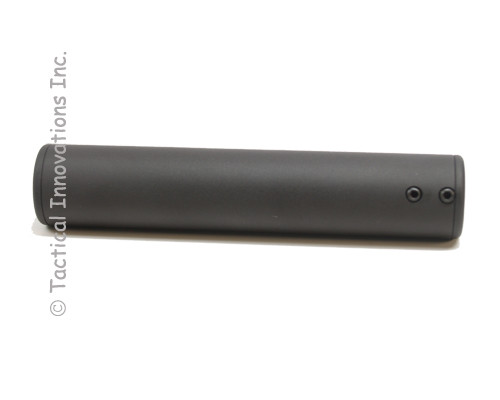 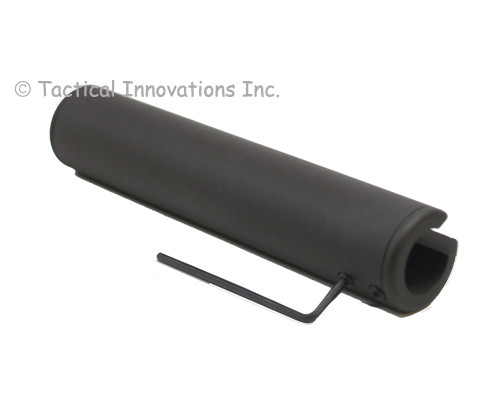 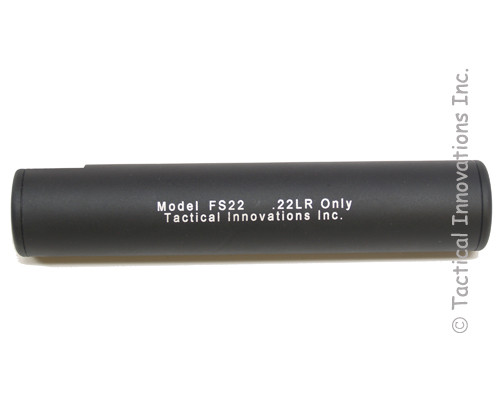 Want the suppressor look for your factory taper barrel Ruger 10/22 rifle without all the paperwork hassle and transfer tax expenses? Our .22 LR 10/22 Fake Suppressor is as close to a real suppressor as you can get without paying the tax stamp. Its CNC precision machined from solid aluminim with a durable hard black anodized finish and its professionally laser engraved identically to our real NFA registered suppressors.

Since its a fake suppressor, the sound is not reduced and bullet impact is not changed. Many customers do prefer the weight and balance improvement that the suppressor provides. Its perfect for use on a Ruger 10/22 rifle with a factory taper barrel (not .920 bull barrels).

Don't let the low price fool you... We are the source and manufacture 1000's of fake suppressors to supply other major manufacturers, distributors and resellers. You won't find a better fake suppressor at ANY price.

Order one today and get your gun lookin' right!

Of course the Ruger 10/22 that is shown in the picture is for reference only and is not included.

Installation is fast and easy and requires no tools or gunsmithing.

3.  Using supplied allen wrench, tighten both set screws to securly mount FAKE SUPPRESSOR to barrel.  Do not over torque and strip the set screws.

3.  Remove lead and carbon from inside of FAKE SUPPRESSOR using pistol cleaning bush and bore cleaner.