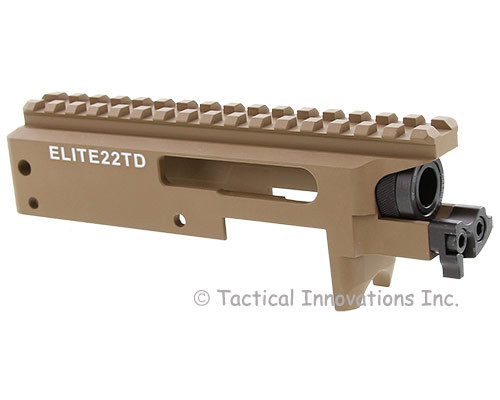 The ELITE22TDR™ is a billet machined receiver with an extendedpicatinny rail in a TAKEDOWN compatible configuration that ships with all takedown receiver hardware (for barrel attachment) installed and ready for final assembly.  The assembly includes:

Thank you for your purchase of a Tactical Innovations’ ELITE22TDR™ receiver.   The receiver is precision CNC machined from aircraft 6061 grade aluminum to provide years of reliability and pleasure.  Please review these assembly instructions and tips before attempting to assemble your receiver.