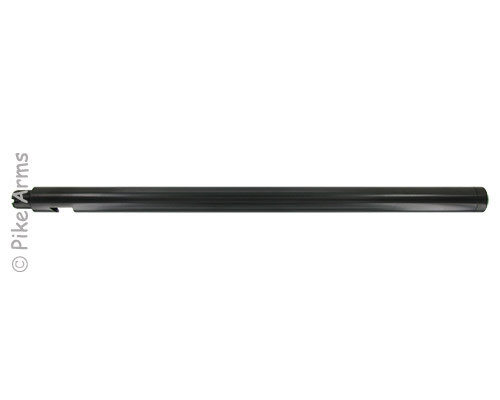 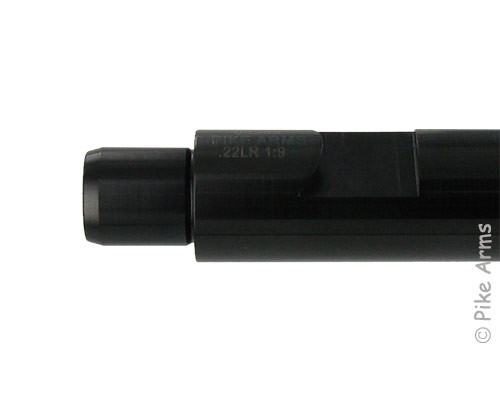 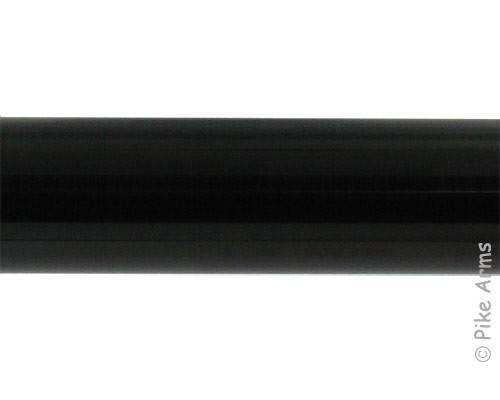 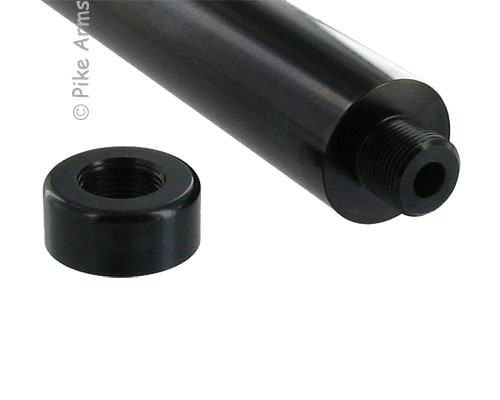 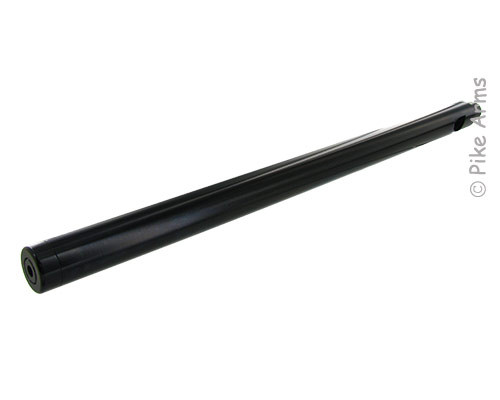 Rather than invest the time and expense to get your factory Ruger® 10/22® BULL BARREL threaded, and hope it gets done right, we have drop in replacement .920 BULL BARRELS that are already professionally CNC threaded 1/2x28 TPI and come WITH the thread protector, at a price that's just about what a one off threading job would cost you.  The barrels are perfect for any 1/2x28 threaded suppressor or accessory.

The barrels are 4140 series US Certified steel and are polish blued finish.   The barrels are 1:9 twist, which is specifically made for shooting 60g SSS "heavy bullet" ammo.    The barrels do not have any iron sights installed and are designed to be used with a receiver mounted scope or similar optics.  Installation is fast and easy with no modifications to your rifle.  Simply remove the stock, unscrew the 2 cap screws that secure the barrel with the V-Block, remove your factory barrel and install this new one.

By Greg Of Georgia
Took all of 5 minutes to install! The finish is prefect and the fit is as good if not better than factory! As for it being 16.5 inches I really like the shorter look ( not much shorter than the factory ). The threads look great and the thread protector blends right in. I am waiting on my stock to show up so I can not comment on how well it shoots but from the quality of the work I am sure it is gonna be a tack driver! I could not be any more happy with this barrel and will put one on every 10/22 build I do from now on.
8 people found this helpful. Was this review helpful to you?
By Greg Of Georgia
A follow up review. Finished the gun build and took to the range. I ran 5 different kinds of ammo through this barrel. I shot every thing from bulk federal to the 60gr that I got it for. It will eat up and spit out TIGHT groups with any ammo you feed it! Getting well under .5 at over 100 yards plus. With my friends suppressor the action is louder than the .60gr'rs going off! When they hit is another thing. Huge impacts! The length is just right for a can on the end. Even if I do not ever shoot another .60gr out of it again it WELL out performs the stock 1-16. If you are on the fence about this show no fear as you will not go wrong.
24 people found this helpful. Was this review helpful to you?
By Jim Of Utah
I purchased this barrel so I could shoot the Aguila Sniper Subsonic 22 ammo. Doing a barrell break-in is necessary and the final results were fantastic. Setting a 16oz water bottle on its side with the cap removed @ 100 yards, one shot through the neck and out the bottom. This works!! But I can not stress enough that a good break-in is everything
10 people found this helpful. Was this review helpful to you?