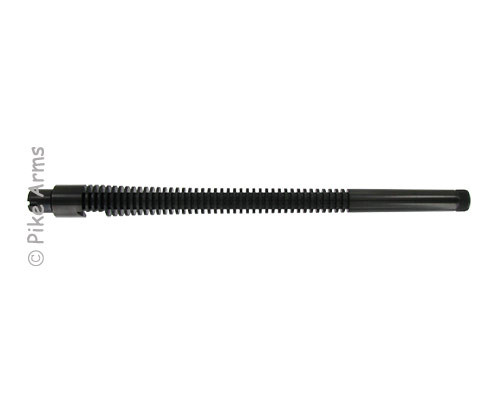 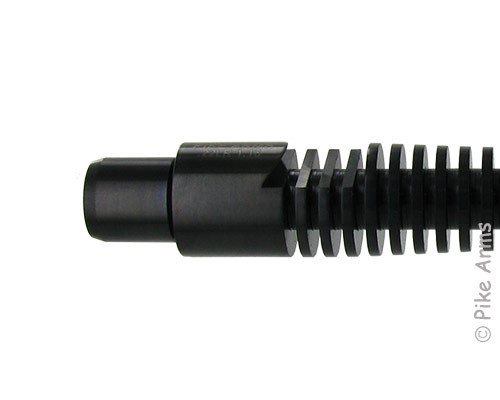 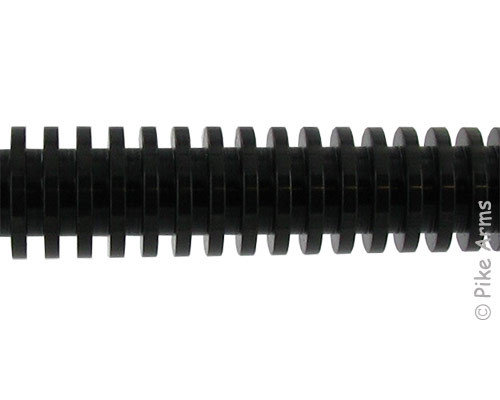 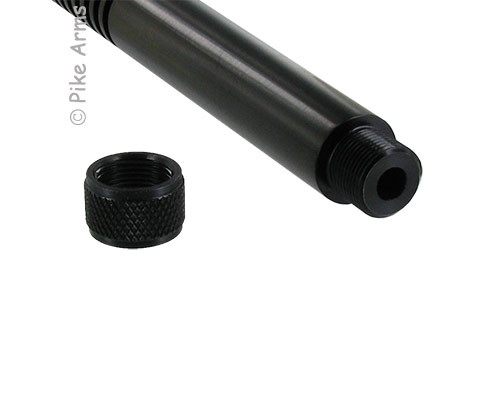 For customers that prefer a shorter barrel for their registered machine guns or registered short barrel rifles with the ultimate in appearance and performance, our FINNED 12.5" RUGER 10/22 BARREL is the perfect match to dress up your rifle. The barrel is professionally CNC machined to provide deep cooling grooves from the receiver to the barrel band for an appearance that is similar to a Thompson or a Reising machine gun. No other upgrade for your 10/22 looks as good and is as functional as this FINNED barrel.

To make it even better, this factory taper replacement barrel is already professionally CNC threaded 1/2x28 TPI and comes WITH the thread protector, at a price that's just about what a one off threading job would cost you.  The barrels are perfect for any 1/2x28 threaded suppressor or accessory.

The barrels are 4140 series US Certified steel and are polish blued finish.  The blanks are made by a well known barrel maker that supplies barrels to many popular firearm manufacturers.  The barrels are 1:16" twist, which is perfect for standard or high velocity ammo.    The barrels do not have any iron sights installed and are designed to be used with a receiver mounted scope or similar optics.  Installation is fast and easy with no modifications to your rifle.  Simply remove the stock, unscrew the 2 cap screws that hold the barrel in, remove your factory barrel and install this new one. Our FINNED Ruger 10/22 12.5" long threaded barrel is a perfect match for a Butler Creek Folding Stock.

Although this 12.5" barrel will physically attach to any 10/22 receiver, you MUST have prior approval from BATFE BEFORE EVEN POSSESSING THIS 12.5" BARREL with a 10/22 that has not been registered as a Short Barrel Rifle (SBR) or a Machine Gun.  Contact ATF for more infomation regarding NFA registration requirements and regulations. DO NOT INSTALL THIS BARREL ON A NON-NFA REGISTERED RECEIVER. IT IS ILLEGAL. PROVIDE THIS IDENTICAL INFORMATION TO SUBESQUENT BUYERS.

Note that the Aguila HEAVY 60 grain bullet will most likely not stabilize in this barrel any more than it would in a factory 1:16" twist Ruger 10/22 barrel.  For specifically shooting 60 grain Agila bullets, use our 1:9 TWIST 16.5" THREADED 10/22 BARREL.